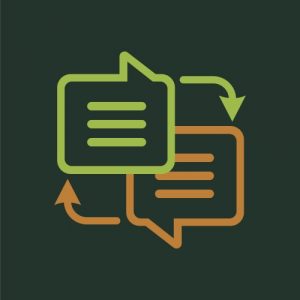 All language has baggage. It’s the nature of language. So, we adjust and shift, and try our best to rearrange language to better convey the truth beneath those pesky, heavy, baggage-laden words. It’s not always an easy or pretty process, but isn’t the process the point? The grappling and adjusting. The exchange of new words, new ideas, new ways to make the point, the critical examination of baggage – what to keep and what to throw away. It’s how we got from “All men are created equal . . .” to our understanding that all humans are created equal. Not always easy or comfortable, but necessary as we seek truth in communication.

I believe (perhaps naïvely) that beneath all the wrestling with language, there is a sincere attempt to communicate. Sometimes we are communicating thoughts, ideas, or feelings. Other times we are handling issues of identity, of relationship, of shared experiences or common truths.

Part of what I learned to do in Seminary was translation. Sure, we translated Hebrew to English and Greek to English. But we also sat with those translations and examined those words critically – both the foreign language and our own language. We interpreted. Sometimes it was humorous – the translation so difficult that one was left to wonder if the camels in the scripture were sick or if they were bowing (neither, by the way . . . I’ll never understand those camels). Other times the translations were disappointing. Why didn’t Jesus just say if we should keep kosher or not? There were also times when mistranslations eons ago yielded horrible results (she is beautiful AND black – not beautiful OR black as had been errantly written). And sometimes — good times –  translations brought freedom. I think about how my understanding of God was (and still is) liberated by the study of Torah.

I think about translation often when I think about the marriage ceremony. What we say and how we say it during a wedding ceremony matters. And my job? Translating. Translating ancient wedding words into more contemporary and accessible language. Or unpacking gendered language embedded in those liturgies. Or opening meaning around rituals that speak to the couple so that their witnesses may participate in them. And rethinking phrases we just off-handedly accept. Translating.

Why translate, though? Why tinker with verbiage or play fast-and-loose (as a colleague once accused me of doing) with those words? After all, isn’t there value in timeless phrases? Isn’t tradition important? Aren’t classic words, well, classical? Sure. But, process and time and culture and society may also render those very words stale, or even hurtful. So, we must critically consider what we are saying and how we are saying it, and – here is the key – be willing to listen and change. It’s true in marriage, and it’s true in society.

The goal is not the words themselves, after all.  Words are but a vehicle.  The goal is the truth behind them.

I had a conversation with a friend and colleague recently around a funeral service. The words she was considering were deeply meaningful to her. She hesitated to let them go. However, the family found those words inadequate. She also hesitated around their reaction, caught between being a theologian and a pastor. How could she minister to the grieving and maintain integrity and truth around the words she was going to say? In the end I asked her, “What’s at stake?” She ended up translating for the family in a creative way that both ministered to their grief, and spoke truth into death. It’s rarely this easy, of course. The family was fortunate to have my friend, a trained professional, help them navigate theology and grief somewhat seamlessly. Not everyone gets that sort of translator.

I think translation is one of the biggest reasons we exist here at Central Ceremonies. We want everyone to have that same access to skilled navigators of the tricky intersection of language and belief. It isn’t a service you should only have access to use if you are a member of a church, particularly for huge milestone moments. Everyone should be able to navigate rituals and language with a guide, with a translator, with direction and creativity and with thoughtfulness. We say all the time that we are about telling the story of marriage (or grief, or birth, or marking milestones). And we mean it. Because we want you to mean it, too.