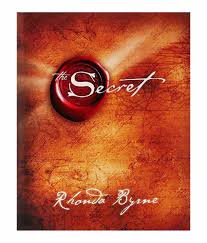 Remember that best-selling book, “The Secret?” I was actually gifted the book, but have yet to read it years later. It’s in my pile, but it never seems to make it to the top.   I am likely doing myself a great disservice. Maybe all the people around me who live seemingly blissful and uncomplicated lives have read it and know the secret. Maybe that’s my problem: I don’t know the secret.

My husband and I were hanging out with one of our favorite couple-friends recently. Matt, while sipping on his beer, shared with us a recent interaction he’d had: “What is the secret to staying married?” a young couple asked him. “Don’t get divorced,” he replied without hesitation. The question-asker laughed at him and said, “No. But really, what’s the secret? What advice do you have?” He replied, “That’s it. That’s the secret. Don’t get divorced.” After we’d all had our good laugh, I remarked, “It’s true, though, isn’t it?”

It is true. This is not to say that divorce cannot be the clear, correct, and safe path for people, because it can be for many different and valid reasons. But, to Matt’s point, staying married is often just a matter of staying the course. It’s a culture of microwaves and insta-pots. A culture of comfort and privilege. A culture of sexual appetites and grand romance novels. So, we often don’t know how to weather the sad times, or the lonely spaces, the boredom, or the huge growing curves of marriage. It’s not always comfortable or easy. But it’s also not impossible: just stay. Stick with it.  It’s just that easy, and it’s just that hard.  Hey . . . maybe I do know the secret, after all.

« Religious, Spiritual, or Non Spiritual?
Why I Do What I Do »