The One and Only Love Boat 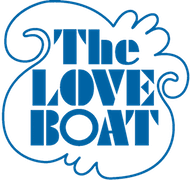 Once, in the presence of my marriage counselor, I told my husband that I’d never marry again. My husband was insulted. While our counselor placidly listened, he said the comment hurt his feelings. I didn’t mean to hurt his feelings, but it is the truth. I’d never marry again. One “I do” is enough. Not because our marriage is bad or wrong or hard or unhappy. We’ve had bad, wrong, hard and unhappy. But we’ve also had thrills, excitement, sheer joy, goodness, luck, adventures, and ease. We’ve had more of the latter than the former. But marriage is a big deal. And covenants are a big deal. I do not take lightly the “I do” of marriage. And I wouldn’t do marriage with just anyone. It isn’t for the faint of heart.

In my age demographic, I sit with as many divorcees as I do married-types. Probably because of my work, marriage often comes up in conversation. While peeling some crawfish the other day, a friend of mine – divorced – stated she wouldn’t ever marry again. She was happily surprised when I agreed with her. She said her realization was something she wouldn’t have welcomed just after her divorce. But several years later, she valued her independence, her discovered resilience. Her dream was to retire to a cruise ship, wear all sorts of glittery costume jewelry, enjoy shows, people watching, and seeing the world through waves of water.

I’ve been on one cruise, so I found her story especially delightful. Maybe that’s why it stuck with me, and I kept thinking about it. When it comes to cruise ships, we all board around the same time, haul in about the same amount of luggage, and eat the same meals. Similarly, my friend’s life was not so different from mine: college, marriage, kids, careers, sailing towards retirement. She had added an extra chapter titled divorce, but that didn’t lessen her other chapters, nor make my story better. In fact, we reached similar destinations: one marriage! And for me, while I loved it, one cruise is probably enough for me, as well. I’ll let my friend have my share of sparkly jewelry and cruises! Bon voyage!

« An Abundant Mast, Fat Squirrels and All the Trimmings
The Mess of Marriage »