The Kind of Love I Wish 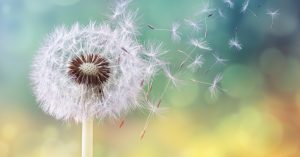 “I have heard people say marriage is hard, but it hasn’t been for us. It’s been so easy and such a joy and we wish the very same for you.”

Some things are said at weddings that just stick with you. This was one of them –and it’s nothing I said. Upon hearing these well-wishes from a mother to her daughter and son-in-law, I was struck with a series of emotions: awe, disbelief, shock, admiration. In that moment, I was the perfect example of holding many emotions all at once.

Many years later I am still thinking about that phrase. I wonder – was it a true statement? Or one made true? I mean, I don’t think the mother was lying. But was her memory flawed? Because let me tell you a truth about me: my marriage has not always been easy. I don’t think that statement would come as a surprise to my husband, nor do I think he’d disagree with it. We have had many ups, but we have also had downs. We have had wide lanes and smooth roads, and we’ve had speed bumps and detours. There have been awe-filled moments that wonderfully taken our breath away, and there have been gut-punches where we gasped for air. I think this is the truth of marriage. It’s not “happily ever after.” At least it isn’t for me.

Because I, too, wish joy and ease for my children when their day to marry arrives. An ease and joy like what I believe Joe and I have in our marriage. And so I wonder about that mother’s turn of phrase. Perhaps “hard” is not the word I would choose. Instead, I say “Love transforms.”

Because in the end, that’s what it is all about. It’s about love. And not some mushy, emotional sugar rush of love. That’s a great part of love, but that’s not all of love. In fact it’s hardly any of love. Love is the energy operating between two people – in this case, married people – that transforms. It transforms our bodies, our souls, and our minds. It lifts the joys higher. It creates.  It makes grief bearable.  It’s sap that glues people together when they begin to peel apart, or the salve that heals broken trust. It’s butterflies, grit, tenacity, laughter, long distance running, and deep sleep. It is at once stormy as it is calm; bitter and sweet; angry and placid, hot and cold. I think it is a space and place rather than a feeling or emotion.

Like all of humanity, I can’t explain it really. But I do think it’s what the mother of my bride meant. It’s what I mean. It’s certainly what I have experienced. And I hope it for you.

« Happy Pride from Central Ceremonies
Sanctuary on the way to Church »