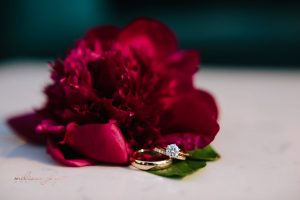 One of my very best friends married her husband in Virginia. I presided as the officiant at their wedding. It was a special and privileged moment for me.  It was special for her, too, but I am quite sure for different reasons.

Anyway, prior to arriving in Virginia, I wanted to be sure I’d done my homework. The regulations establishing who may legally officiate weddings vary from state to state. So, I called the Clerk in Arlington County, Virginia, to find out exactly what the fine State of Virginia required of me. Before educating me on the finer points of who may marry whom, I was schooled on the proper name of Virginia. You see, my good friends, Virginia is a Commonwealth, not a state. It was quite clear she meant business. Only after my “yes, ma’am, and thank you ma’am,” did the Clerk proceeded to guide me through their rules and regulations (which incidentally, are different than Texas).

I still chuckle when I think about how that call went down. To be honest, I wasn’t too familiar with the word commonwealth at the time. The word merely conjured up an image of English party goers who straggled way past the end of the Queen’s party. Today’s leftovers from the British Empire banquet, so to speak. Clearly, I had not been paying attention in my government class.

Commonwealth is actually a beautiful word. For those within a commonwealth, there is a commitment to the public good and over all well-being of the citizenry. It’s a statement of solidarity, an acknowledgment of the human need for community. It rejects the myth of rugged individualism. Commonwealth values something beyond itself, and costs the individual a little (or sometimes a lot) for the sake of greater ideals and greater goods. Fire departments, public bridges and roads: all great examples of the commonwealth.

I think of marriage as a mini-commonwealth. It certainly demands of its members; sometimes a little, and sometimes quite a bit. Just ask my husband who has had to sit through quite a few RomComs. I am, of course, speaking for myself, but I have done more, grown more, created more, been more because of my marriage with Joe.

Without a doubt, I have learned to be more flexible, more open-minded, and far less selfish. I have learned it is not always about me, at the same time that I’ve learned my commitment to our marriage does not mean sacrificing my self. But together, we point to something far greater than the mere sum of the two of us. I truly think I am a better person for my marriage to Joe. Countless studies have shown that a good marriage promotes health, wealth, self*, and builds bonds not just within the marriage, but throughout a community. We benefit, our kids benefit, and even those outside our mini-commonwealth benefit. So, to you, Commonwealth of Virginia, I lift a glass. Thanks for schooling me, and cheers to the common good.

*I do believe in carefully considering these studies: who is funding them? what are their goals? what is the bias? Please, dear reader, be a smart consumer of information. And as always, marriage is not for everyone, and not every marriage is a safe, habitable space.