Goals . . . and Compromise (or How to Really Fold Towels) 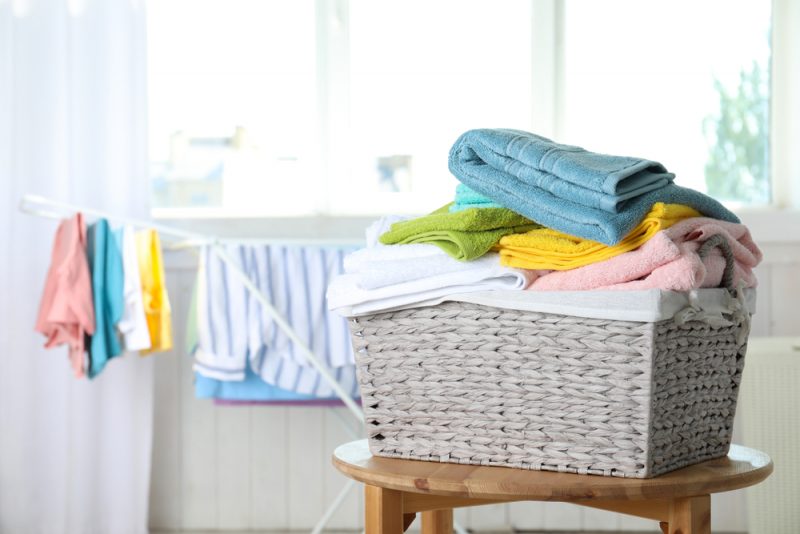 The thick of early-childhood parenting is stressful. At least it was for us. All of a sudden we had this not-so-easy baby/toddler making demands on us while we juggled work and running a house. I know some folks just fly first-class into parenthood. And good for them . . . I am honestly still envious of those folks to this day. Because that was not us.

My spouse and I are opposites in quite a few ways. He is extroverted. I am introverted. He is sloppy. I am a neat freak. He is a cook. I am . . . not. And about that neat freak? Well, I handle the laundry in our relationship. I like things folded and stacked a certain way. Towels, sheets, shirts, socks. I have a method, and I stick to it.

One evening after a long work day, we’d finally got our first born down for “sleep,” my husband came to help me fold the laundry. He knew it had been a day. He was trying to help. He folded the towels and set them aside, turning his attention to something else. What can I say? You know where this is going. The towels weren’t folded correctly. So, what did I do? You bet. I refolded them.

And that was how he found me when he returned to our bedroom. I wouldn’t say he was mad. But he was exasperated. And he said so. Actually, what he said was, “I am here to help. But it makes no sense for me to help, you undo it and do it again. So, either I help, or I don’t. Your choice.”

Now, he readily admits he thought he’d scored a small victory since he doesn’t like to fold laundry. He was sure his anal-rententive spouse was going to say, “OK. I will do it.” But, in that moment, I had a sense of clarity. What was my goal?

My goal was to get this particular household chore done so I could relax. And while I would have done it differently (and better, of course), the goal of getting the laundry folded to be put away had been accomplished. My reply, given after a thoughtful pause, still makes us both laugh: “You are right. You may continue to fold the towels your way.”

It’s a small thing. But also not. At the time, it was a big thing. Life was a lot, so learning to compromise while keeping the end goal in mind was the point. The point was not that the towels be folded in a specific way. Because, really . . . who cares?

That lesson translates easily across marriage. Marriage means bending. It means compromise – over big things and small things. It means towels are folded oddly, and I don’t get everything I want. But neither does he. However, together we might get what we need. Together we got the laundry folded, and sat down for a little bit of time together.

Sure, to this day he says he got duped into the continuing chore of folding towels. But he does so with a wry smile . . . because he knows. I know. We know. Goal achieved.

« Everything is hard, so now what?
The Motherless Decade »