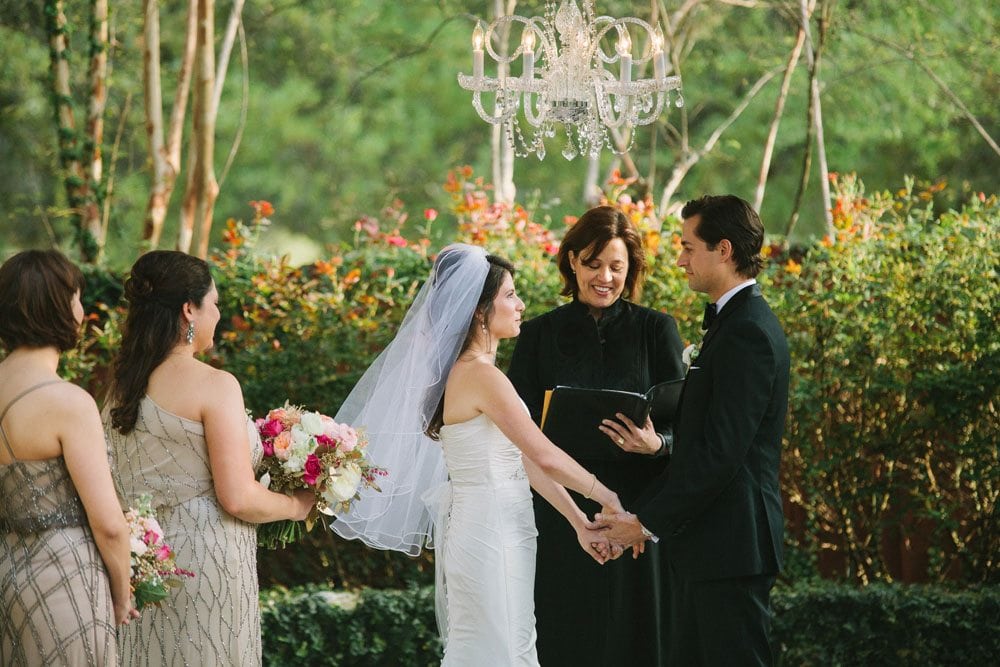 Parisa and Jeremy at Nature’s Point. Photography by Anahi Navarro.

No, no . . . not the physical address. Although that is important (see my previous post on welcoming words). This is more about the message to the bride and groom. You know – dearly beloved,  marriage is a new way of life created, ordered, and blessed and must not be entered into carelessly, selfishly but responsibly blah, blah, blah [wake me up in 10 minutes for the kiss].

Now, I could get in some hot water for dissing the traditional wedding address. And honestly, there isn’t anything overtly wrong with it.  Twenty-five years later, I am here to say it has worked quite well for my husband and me. It’s just — well — it’s outdated, impersonal, and frankly, it’s boring. Everyone has heard some version of it. So all that work of gathering your friends and family together in attention and intention? Gone. They’ve all just checked out.

That’s why we spend a lot of time with our couples figuring out how to personalize the message. Sure, marriage is universal, but it’s also unique. We like to embrace both sentiments at once. We are drawn in for a universal ceremony, but we mark the particulars of each couple as they enter their own, unique marriage relationship.

I’ve talked before about a couple’s DNA, or their watch word and spirit animal, or a theme that really resonates from the two of them. For some of my couples, it may be about family. For other couples, it’s about telling a story.  It might be love, or companionship, hope, laughter, or adventure. Part of the fun of crafting the marriage address is digging in deeply with our couples to uncover just who they are as a couple. Hopefully, the gems we uncover (even if it takes a few tries and several meetings) are gems that they carry forward for the remainder of their marriage.  Hopefully, the words we share engage and inspire the friends and family gathered around our couples. And hopefully – and usually – even we , the officiants, learn more about what we do, and about this amazing, intimate relationship we are helping create.

What themes would you want to hear about you and your beloved? What ways would you imagine capturing the spirit of who you are as a couple?

Next week: consent. It’s a hot topic word these days, and guess what? It’s part of getting married (but maybe not the way you are thinking)!